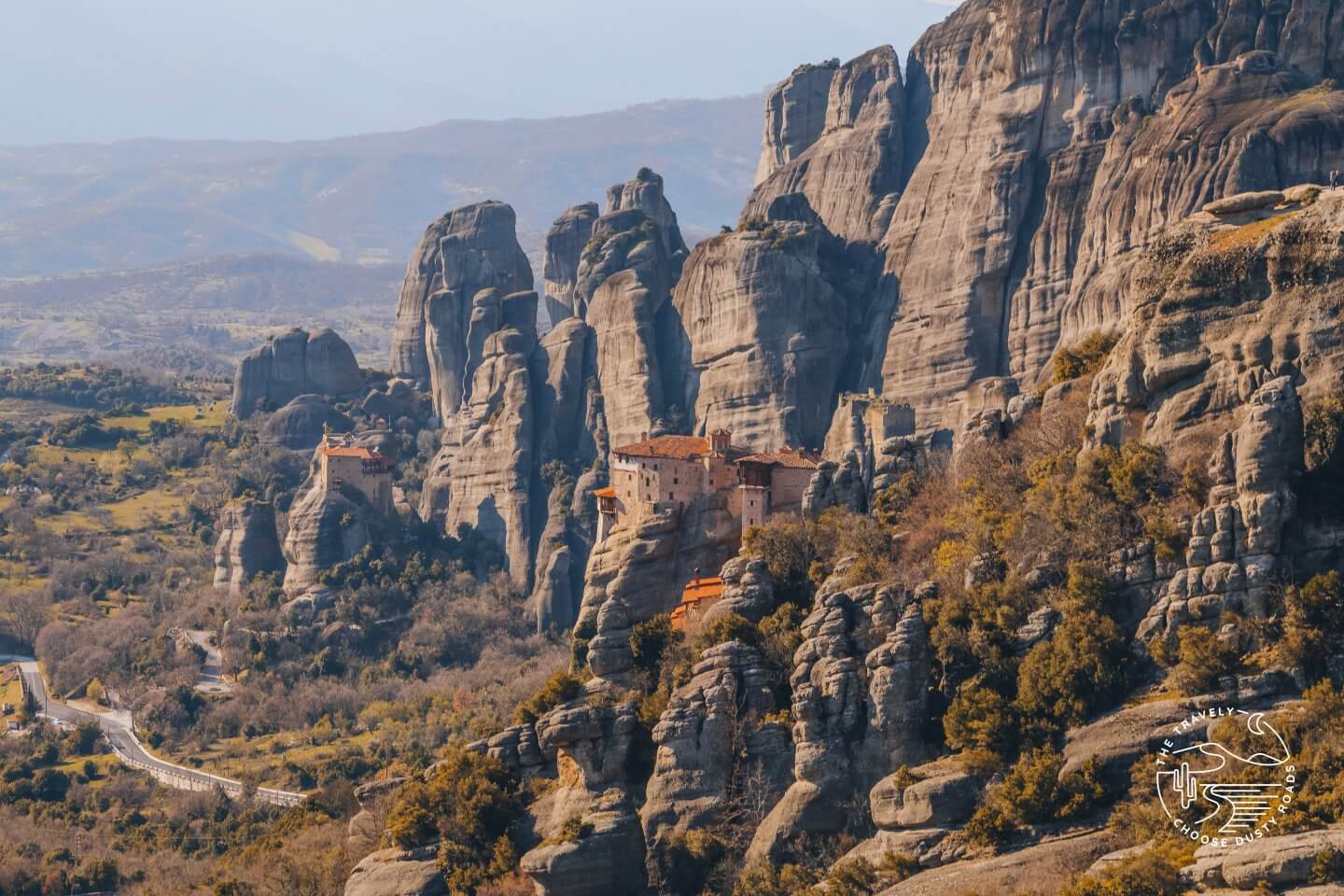 Nothing can prepare you for the sight of the fantastic monasteries and stone pillars in Meteora. There is nothing like it. Meteora is unique and rightly one of THE main attractions of Greece!

The landscape of Meteora, a UNESCO World Heritage Site since 1989, is simply indescribable! Dozens of massive, round cut stone pillars rise from the plain around Kalambaka and tower straight up, up to over 600m high into the blue sky. The stone columns are crowned by beautiful monasteries from the 14th century. 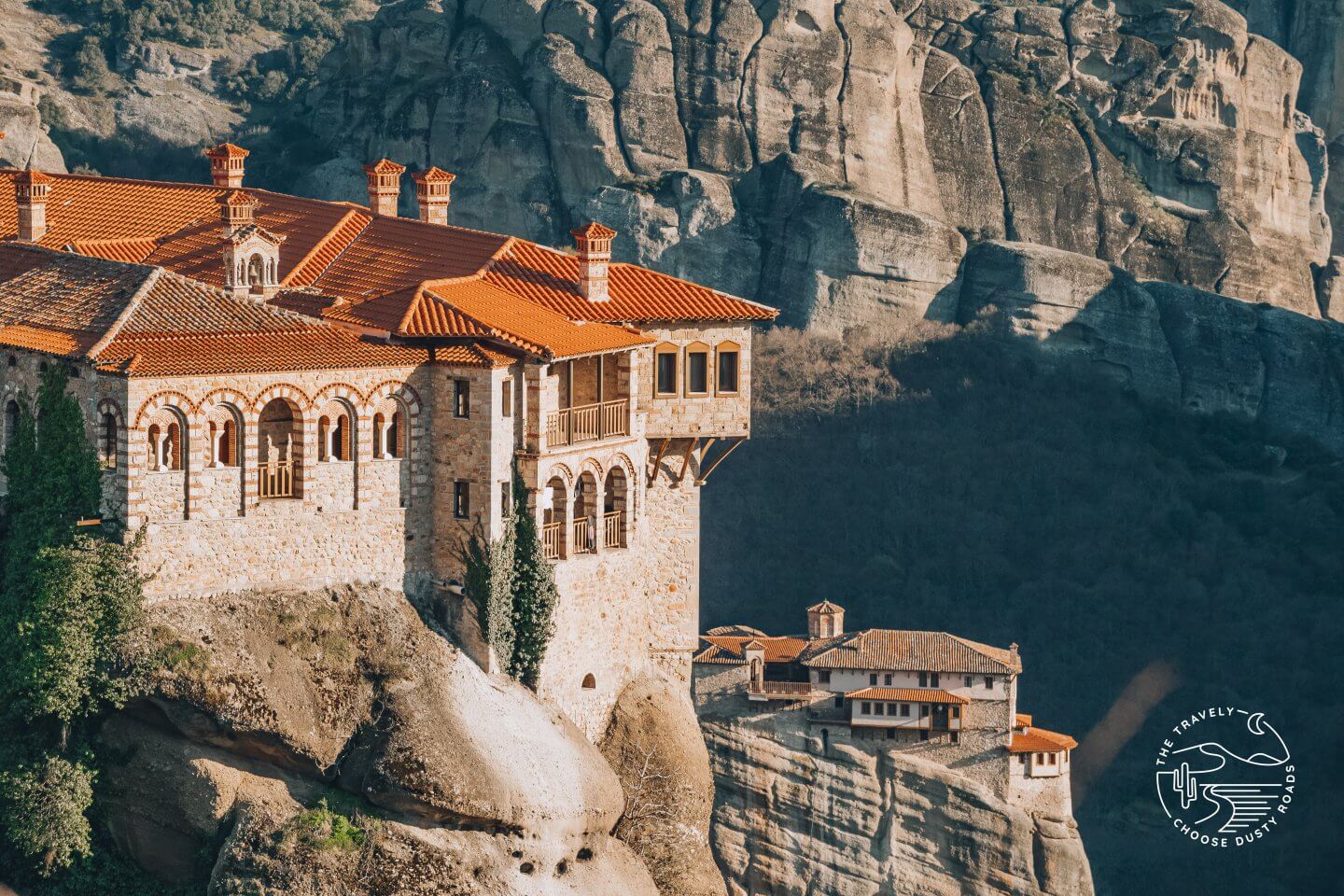 As early as the 11th century, monks used the caves around Meteora as hiding places. The difficult to access caves and peaks of the stone pillars were the perfect retreat. Initially, the monasteries could only be reached with the help of movable ladders. Later, nets were also used, in which monks and utensils were pulled up with a rope.

Today the monasteries can be reached via comfortable stairs that were carved out of the stone in the 1920s. In addition, a wide panoramic road leads straight through the area in Meteora. From the street and its viewpoints you can enjoy the best view of the monasteries and the fantastic rock formations. 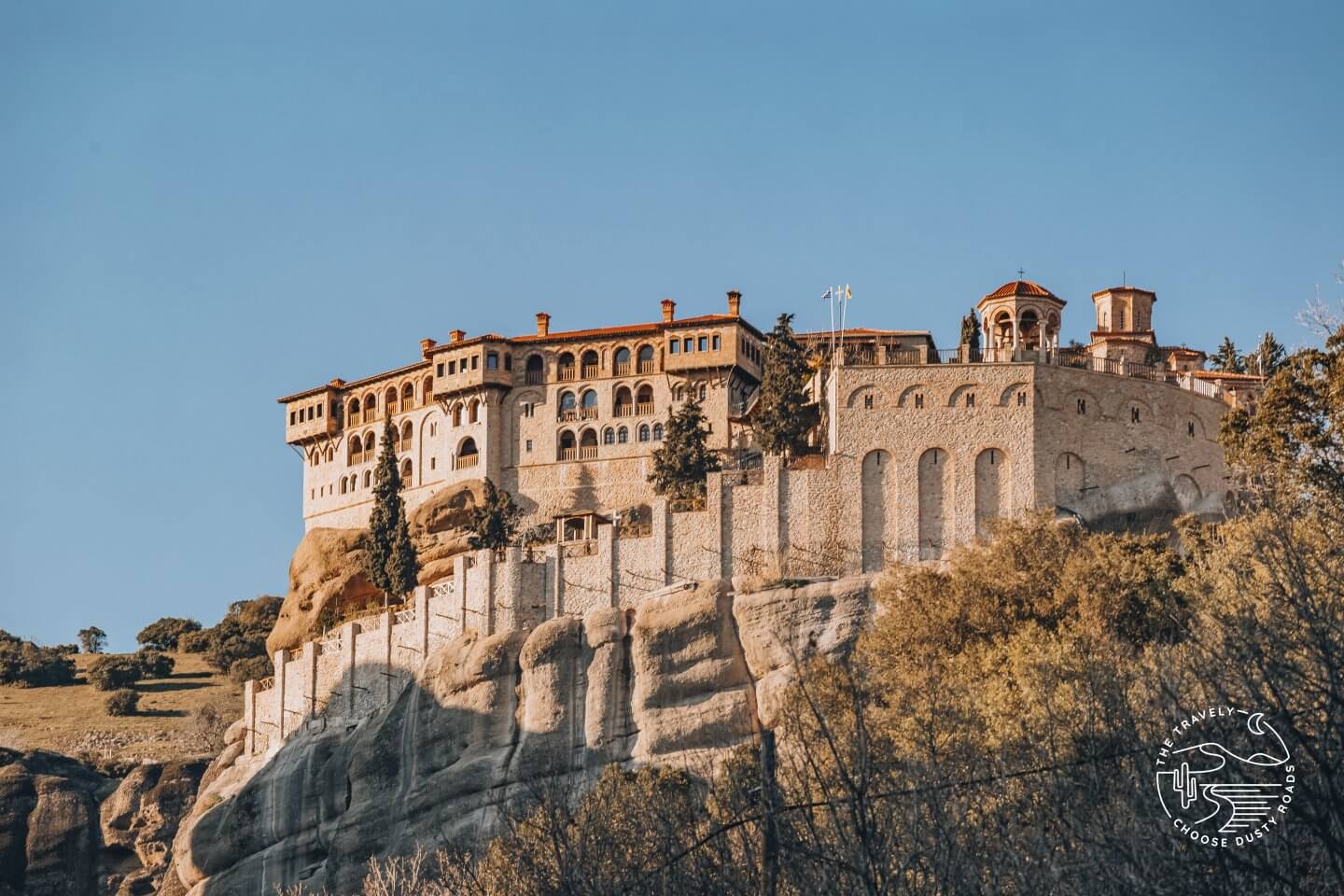 Some of the monasteries are also open to interested visitors (there are information and display boards on the panorama road for the respective visiting times. Attention: pay attention to covering clothes!).

Tip for photographers: if possible, you should visit Meteora at different times to capture the changing light conditions. Bad weather days are also recommended for a visit – then clouds move through the stone pillars and transform Meteora into an almost mystical world of stone and fog. 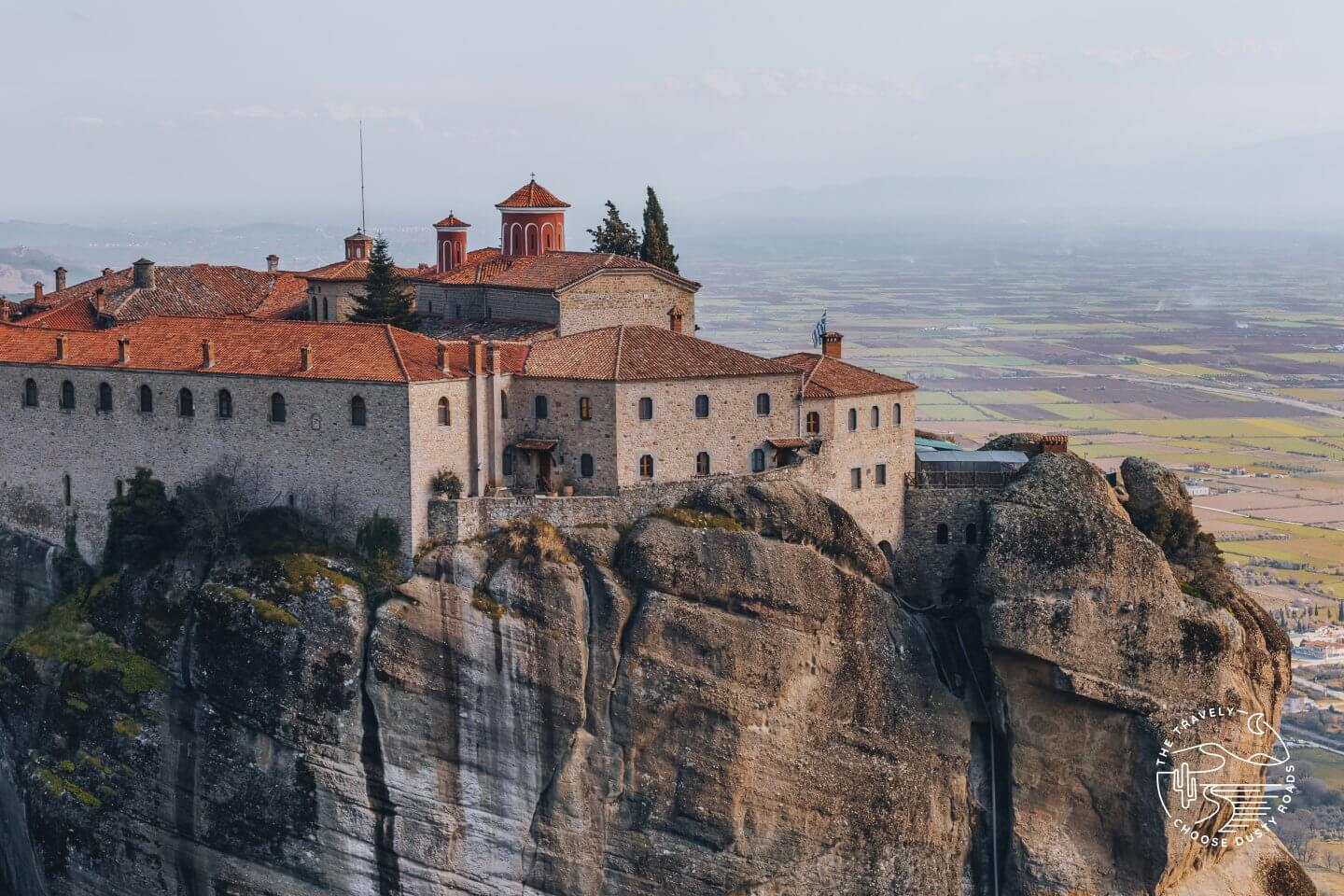 Greece is full of treasures! Discover the unique island of Evia – Greece’s second largest island. Or what about beach hopping on breathtaking Halkidiki peninsula?

You can’t get enough of the sun, sand and sea and fell in love with Greece just like us? Are you planning your next road trip to Greece? Then our travel guide is just right for you! In our guide “THE GREECE ROAD TRIP” we take you to the most beautiful corners of the country, reveal the coolest (wild) camp spots and the most beautiful photo opportunities! 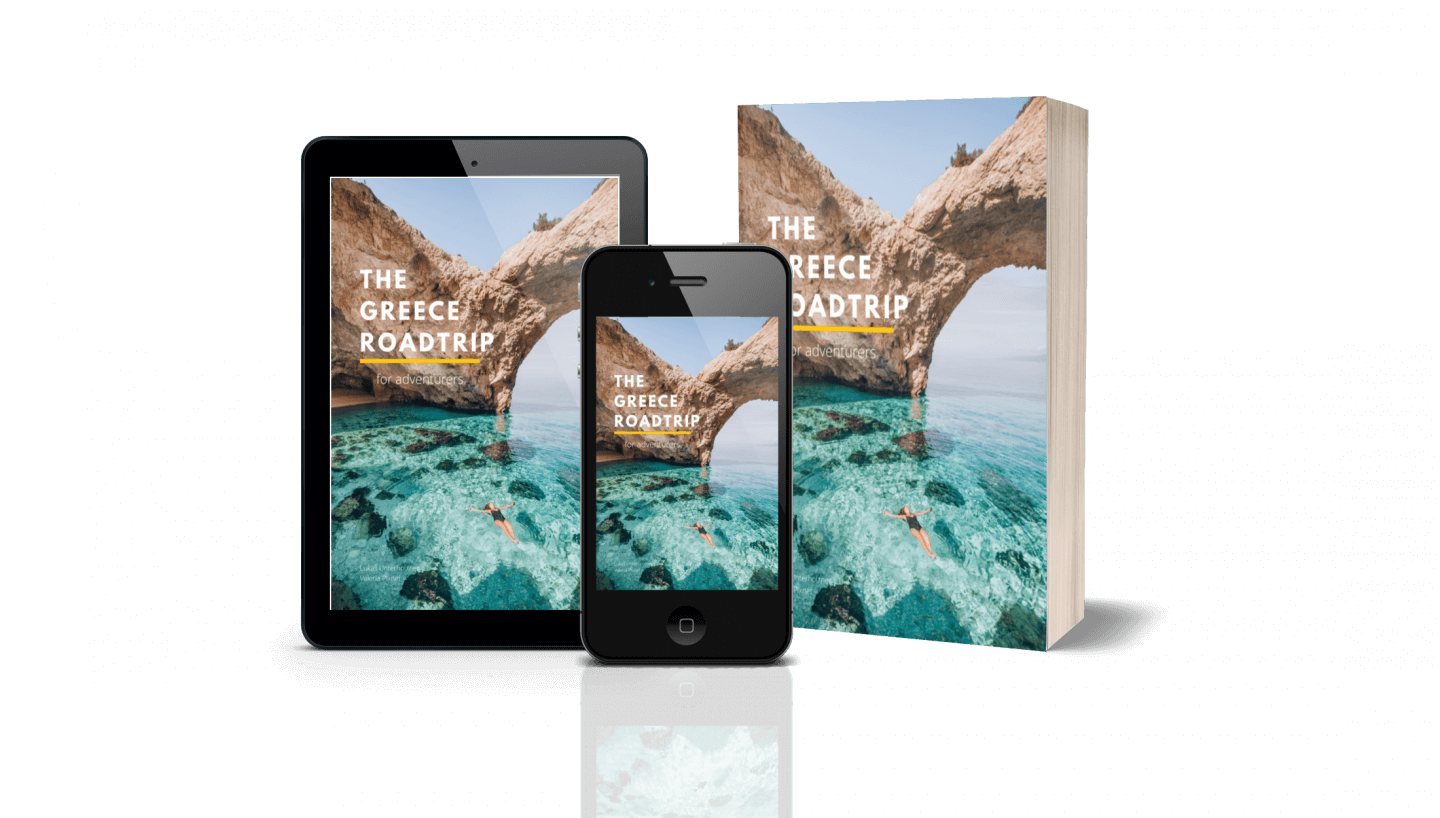 buy us a coffee

We put a lot of heart and soul into this blog and would be happy if our posts inspire you and help you with your travel planning 🙂
You can support us a little with a small donation for our coffee cup.
Thanks!