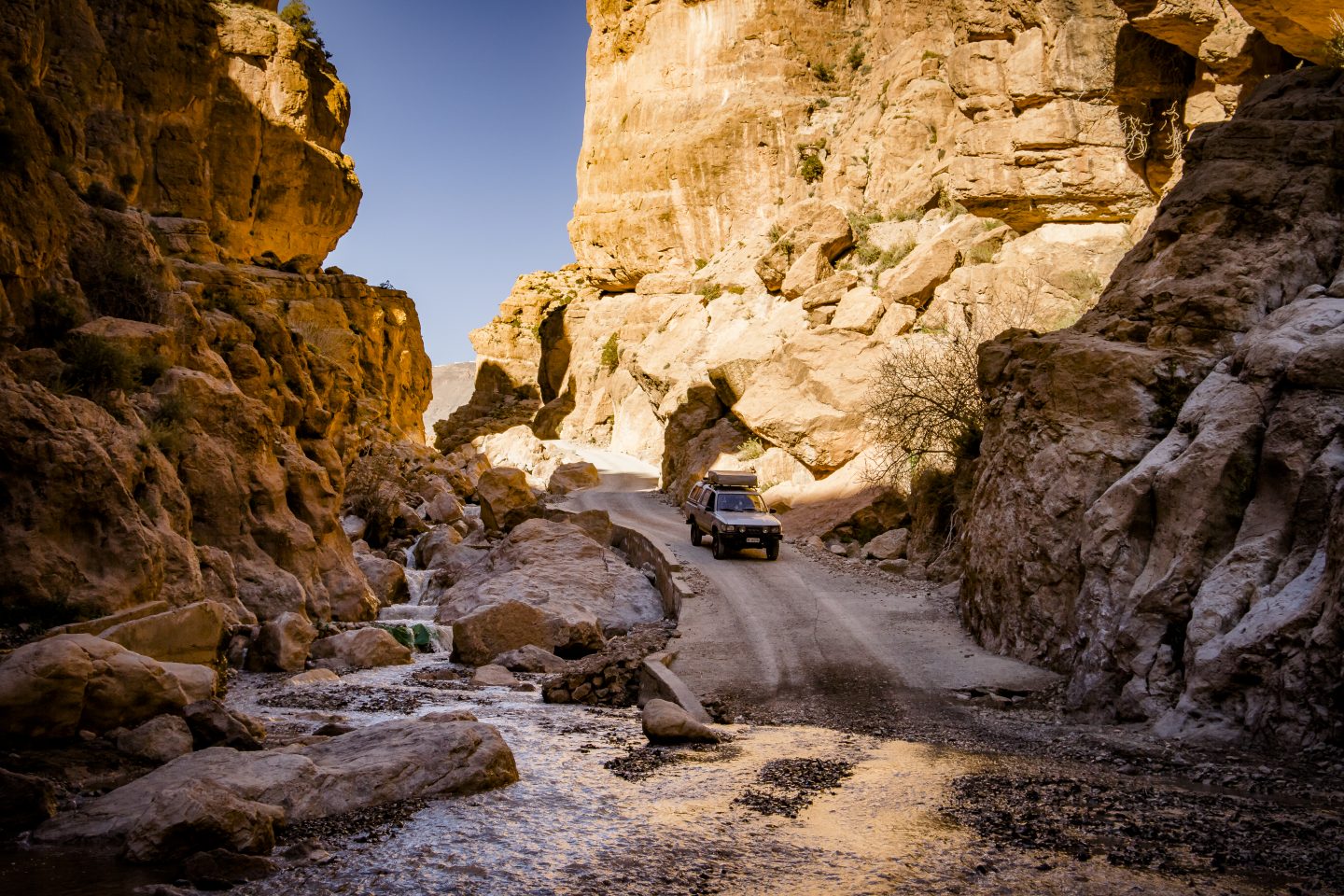 Still, this gorge is not described in any travel guide and is one of Morocco’s well-kept secrets. There are no tourists or souvenir sellers here. There is only you, the rocks, the water and a small, exciting, picturesque gorge. 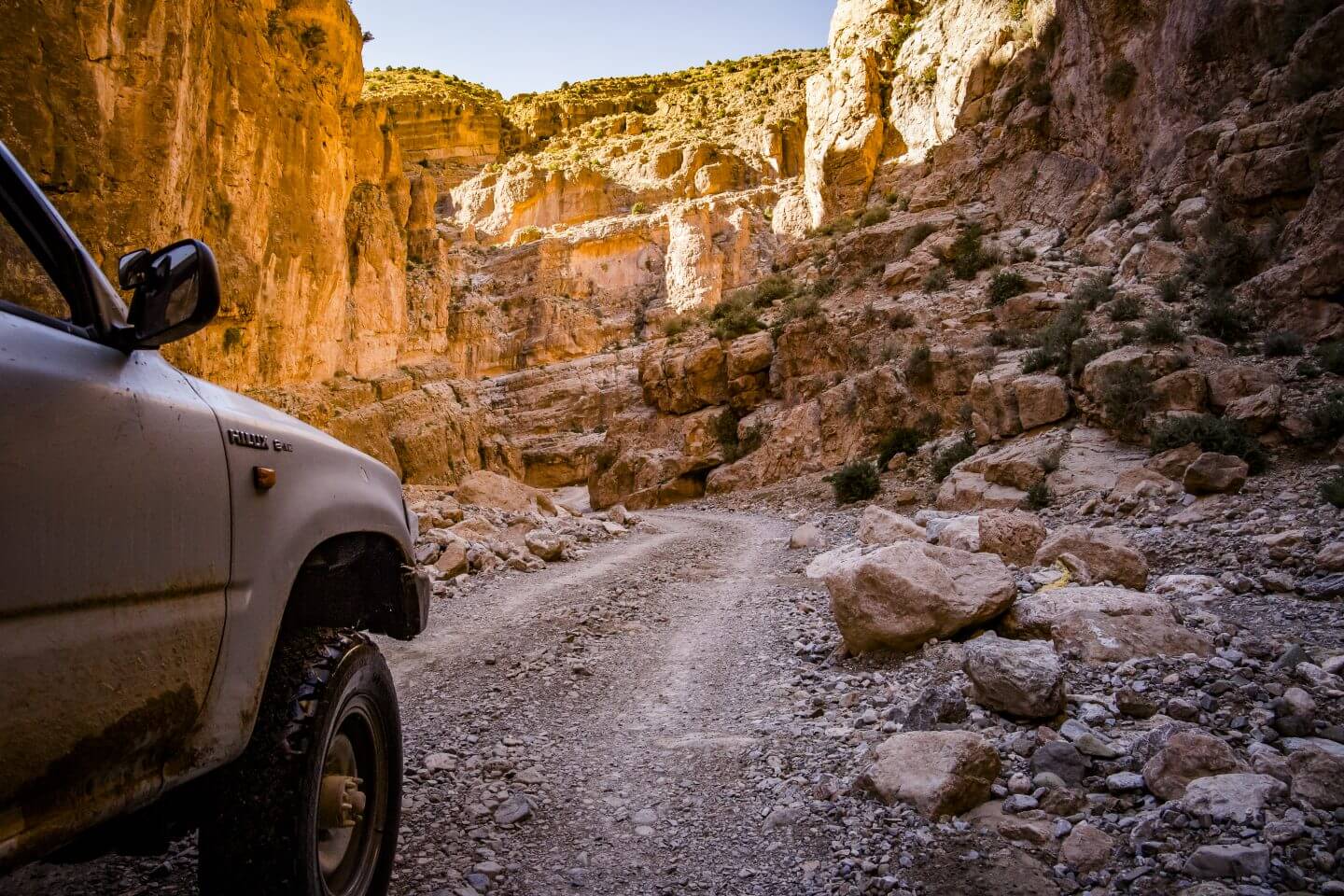 The start is in the small, charming Berber village of Amejgag north of Bou Thrarar and M’Gouna. This is where a good, narrow asphalt road leads – even though it sometimes runs longitudinally through a river that is up to half a meter deep for seasonal reasons.

You cross the village to the north (some places between the houses made of clay are very narrow). At the end of the village, follow the stream upstream.
Now the track leads right into the deep gorge. Towering rock faces, overhangs, caves, boulders and a river that eats its way through the mountain. An absolutely spectacular, unforgettable place! 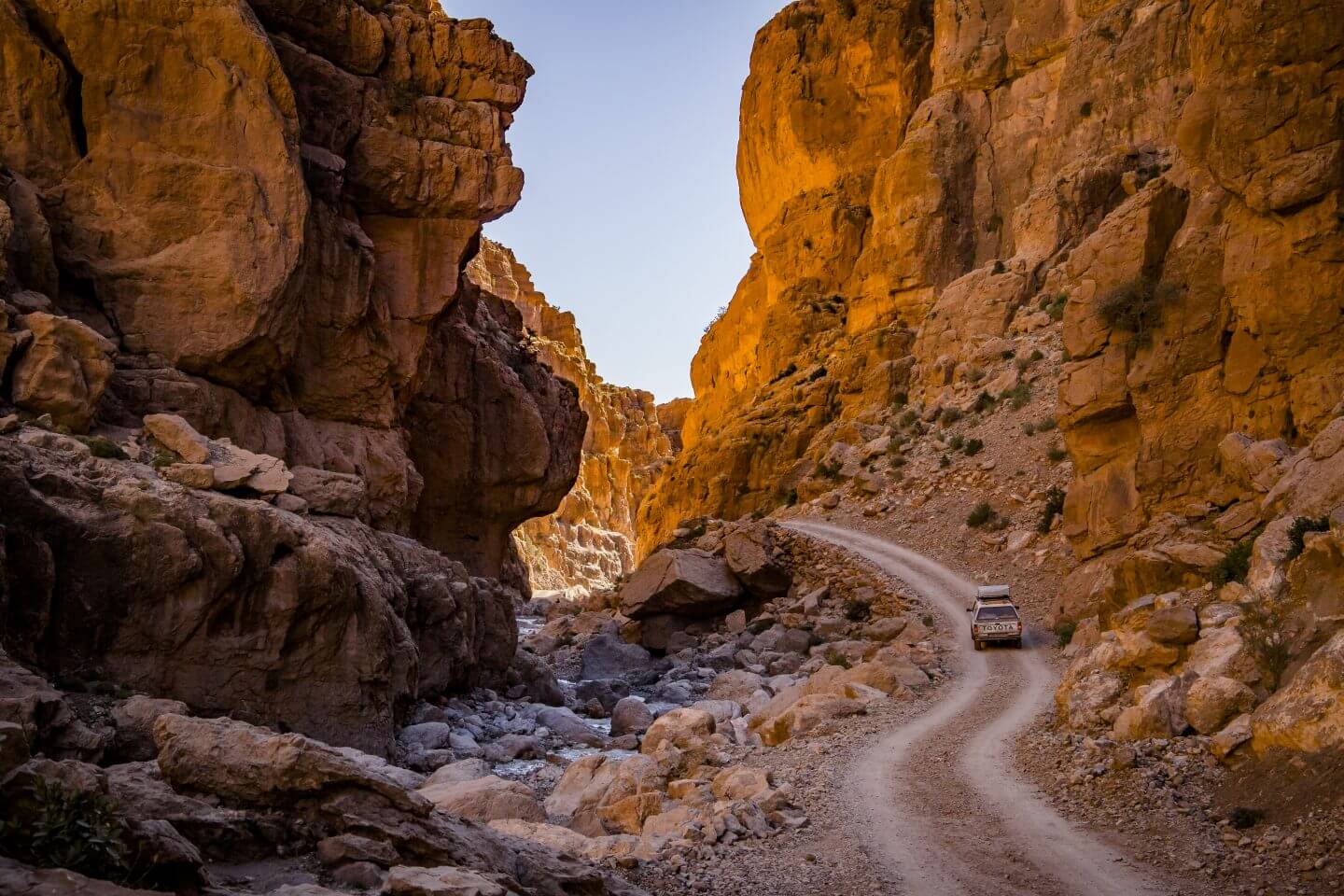 The bumpy tour takes about 10 km through the gorge. Several times the river has to be crossed. If it leads to too much water, the track can become impassable.
The trip ends at the small Berber village Ameksar (or Ouzighimte).

The return trip to Amejgag can be made via the gorge or via the newly developed MH19 via a pass (2.200m).

Or you decide for the beautiful 3 passes tour through the High Atlas. Find out more here! This would be our recommendation 🙂 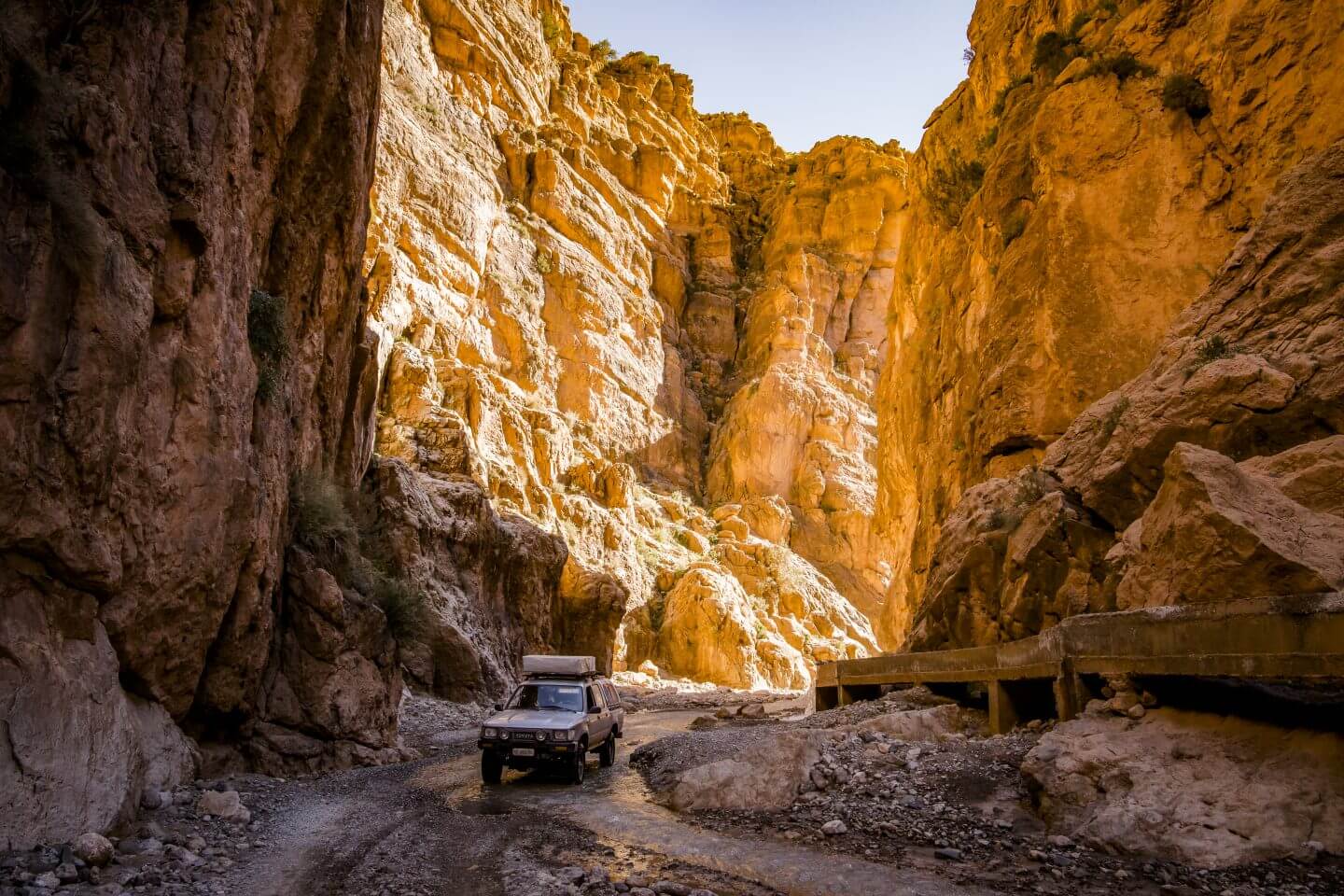 The best tools for this tour are: 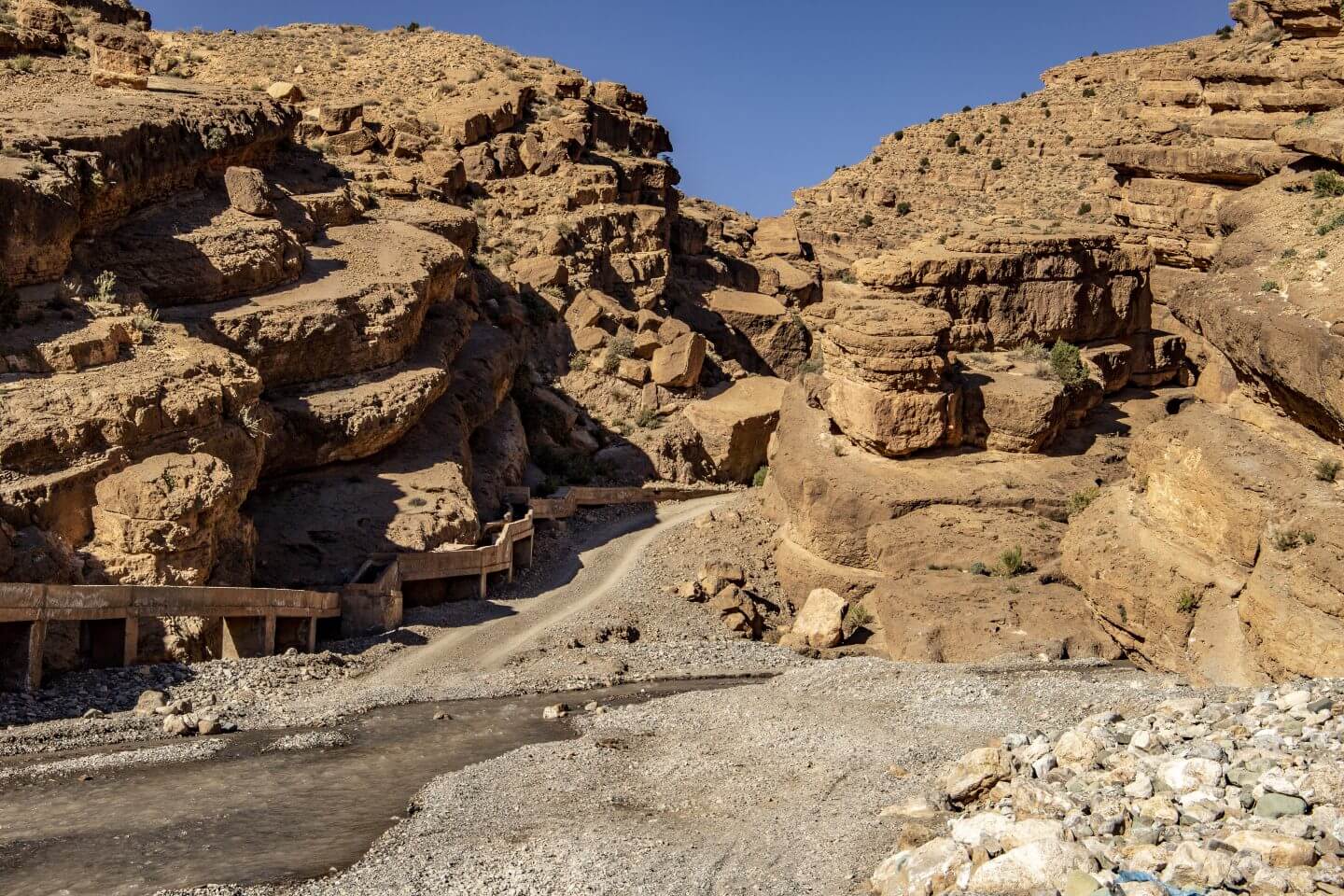 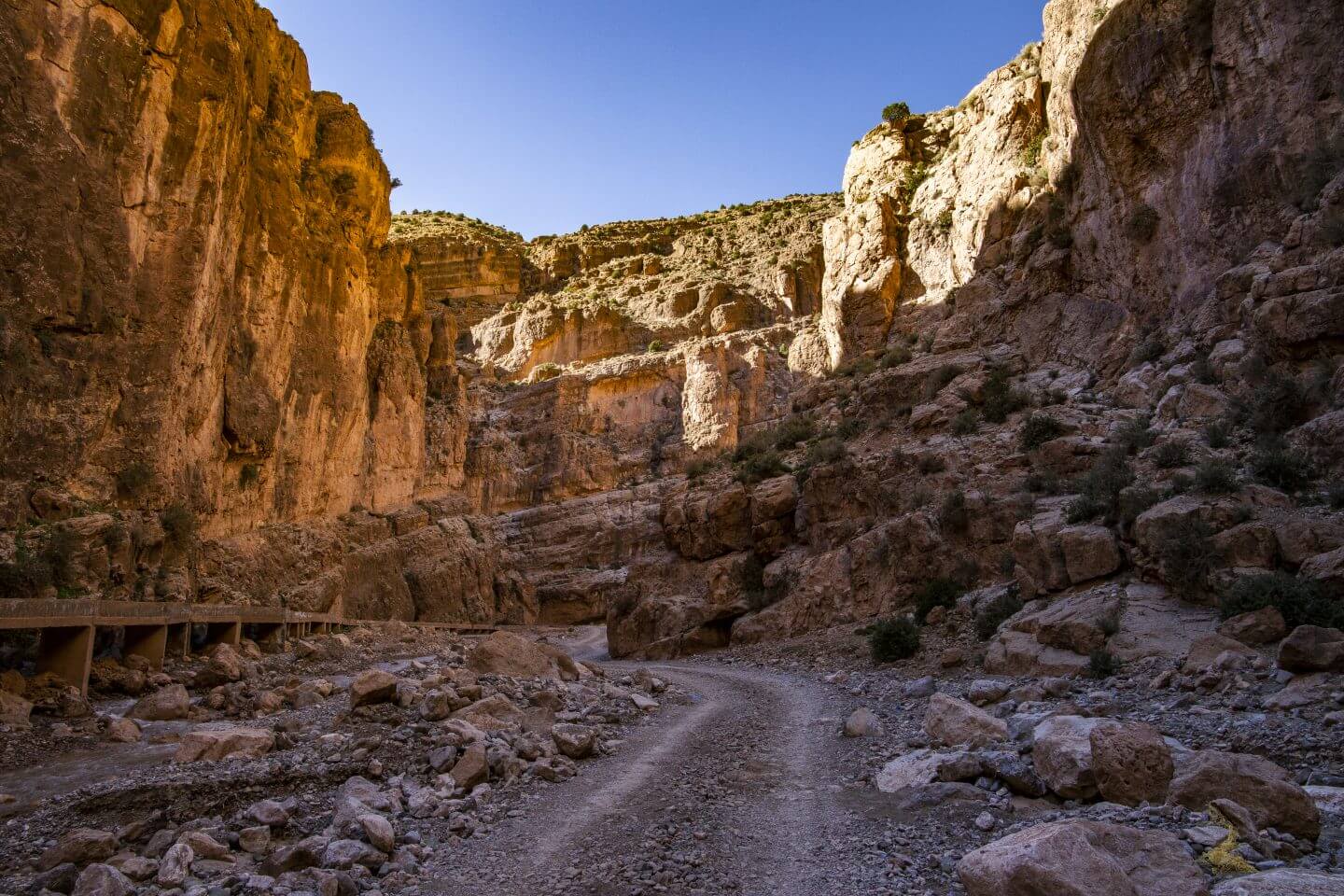